Leaders: Don’t Try to Do Everything — You’ll End Up Accomplishing Nothing 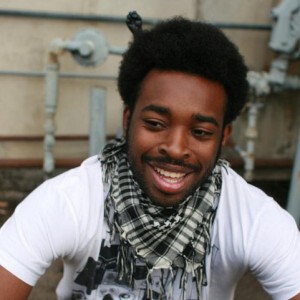 The hardest lesson for a leader to learn, is when to leave something to someone else. The pressure of being in charge can cause them to think they need to be god’s gift to everything under the sun. Sometimes, that pressure can even trap them in cycles of hyper-managing, just to prove to their employees that they are worthy of their title.

So they walk around the office, constantly checking on people, constantly telling them how to do something, constantly offering input, even when it isn’t asked for. They take on loads of tasks they probably won’t have time to complete. They solve problems for everyone, giving them nothing to figure out for themselves.

If this is your management style, you might think you’re being a great supervisor. But, as strange as it sounds, being this involved with the daily routines and roles of your employees can create a toxic and unproductive work environment.

I might not be the CEO of a Fortune 500 company, or the founder of a rising tech startup, but I did manage to learn this lesson during my year as the editor-in-chief of my college newspaper. And I learned it the hard way.

A young and squirmy leader in the biggest position of my young career, I wanted to prove to everyone on my staff of 40 that I was a great manager and problem solver. There was already a ton of pressure on me, so my lack of an unbiased journalism job in the newsroom and (since improved) terribly undeveloped sense of punctuality didn’t help.

My solution to my problem? I would walk around the newsroom all the time, asking what was going on. I would work late nights and put the paper out, even though I didn’t have all the skills needed to oversee late night production. I would do anything and everything I could to assert that I was the supervisor, and that I was there if there was a problem – even if I didn’t know how to fix it.

I tried to be everything to everyone. And I tried to do everything I never specialized in. I was inefficiently using my role as the leader of the newsroom to do a bunch of stuff that would’ve gotten done better by someone else.

While I was walking around trying to help employees do everything, I could’ve been developing some of our bigger, overarching improvements and working with editors on longer-form projects.

While I was trying to both edit the paper and oversee newsroom operations, I could’ve left the editing to better-trained employees and focused more time on how I could help students land really great internships.

A leader’s work is never to do the work for others, or to be all-knowing. Rather, a leader’s work is to provide employees with the means to complete their tasks, and to hold them accountable to the organization. Hyper-management is a sign of insecurity; unwarranted insecurity completely destroys a healthy workplace.

A change for the better

The minute I started divvying-up tasks to the people who were trained to do them, and the minute I started implementing the internal policy “leave people alone unless there is a problem or question,” I began to immediately see a change in the culture of the newsroom.

Instead of waiting around for direction, many employees began to trust their own instincts. Desk leaders in the newsroom felt like they had enough jurisdiction to actually develop their own team subcultures. Major series and news projects were conceptualized and implemented because I made it a bigger part of my job to develop them with the staff.

Overall, everything just made more sense. I could focus on the employee experience and bigger issues, while the managing editor and desk editors handled all of the day-to-day stuff.

Be honest with yourself

Face it: You’re not the renaissance man or woman that you think you are. Regardless of your stature or title, there simply isn’t enough of you to spread into every single aspect of your business. Your employees are here to work hard and help develop your organization, and its your job to make sure they have everything they need.

But you don’t do anything for anybody, by trying to be everything for everybody.