Manage like Michael Scott: Start Your Own Dundie Awards 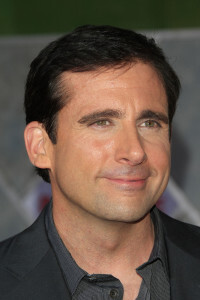 Michael Scott, the manager of Dunder-Mifflin on NBC’s hit situation comedy The Office, was a fool. Many of the jokes on the television show revolved around Scott’s ineptitude. However, even a broken clock is right twice a day. Michael did a decent job of managing his team despite his inanity.

One of Michael Scott’s best ideas was The Dundies. This was an annual recognition awards ceremony that Scott held for his employees. Real managers should take a page out of Scott’s playbook and start their own awards ceremonies to honor the outstanding performances of their own workers—Bersin & Associates has recently released comprehensive research which concluded that companies providing employee recognition are much more successful than those that do not. 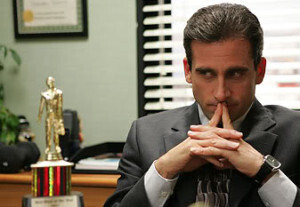 Most companies focus their recognition efforts on rewarding employees for tenure. This recognition does nothing to improve productivity. People do not stay at their jobs to receive rewards.

Companies that reward performance create cultures of recognition, and this culture has an enormous impact on a company. Of the companies that were observed in the Bersin & Associates research, those that awarded recognition to the top 20 percent of their employees had 31 percent lower turnover rates. That’s a very appealing statistic for any manager.

Here are five important things you can do to make sure your own version of The Dundies is successful: 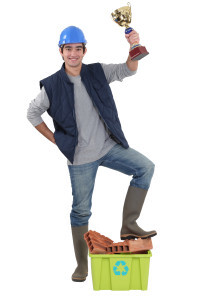 1. Recognize your employees for specific behaviors and results.

An “Employee of the Month” award is not good enough. It is better to give an award for outstanding service in relation to a particular challenge. This leads to people doing what’s right.

2. Make the recognition flow between peers, as opposed to from the top down.

Employees place more meaning on recognition from peers. They see recognition from leaders as being more political in nature. Their peers see what happens from day to day and observe what is done by quieter people who tend to get missed by leaders. Letting any employee recognize another for exemplary performance is the best way to structure your awards. 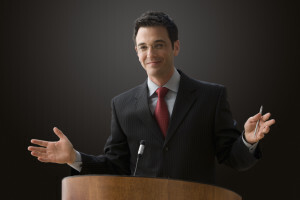 Storytelling is incredibly powerful. Let people talk about why they are giving the awards. Telling these stories in a newsletter is a great way to engage other employees and inspire them to use the example in their own practices.

4. Recognition should be a frequent and easy part of work.

You may decide that awards should be held quarterly or even weekly. This will encourage people to show gratitude to each other for the great work they do. If awards are given out on a more frequent basis, people will put in more effort to do outstanding work. They will feel like it is more possible to be recognized. 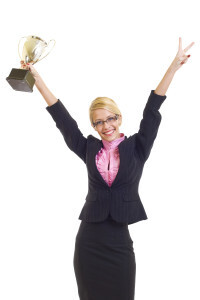 5. Connect recognition to the goals and values of the company.

Tying these things together will encourage pride in your employees. They will feel more loyal and decide that the company deserves their best.

Images via Shutterstock, The Midnight Cafe

Jeff is an internet marketing specialist. In his previous job his focus was on the automotive industry and currently much of his focus is towards small businesses and technology.