The History of Franchising As We Know It

7 Min. Read Buying and Selling a Business By: Joel Libava

The franchise model has been called the greatest business model ever invented. It’s allowed people all over the world who’ve wanted to own their own businesses do just that. But, how did it begin? How did franchising start?

The answer to that question, along with a historical timeline of franchising, follows.

Let’s take a quick detour from the history of franchising as we know it in order to explore the meaning of the word franchise.

There are several different dictionary definitions of “franchise”, but the one we’ll focus on is this: The right or license granted to an individual or group to market a company’s goods or services in a particular territory; also a business granted such a right or license.

A franchise is a unique kind of business with a very interesting history. 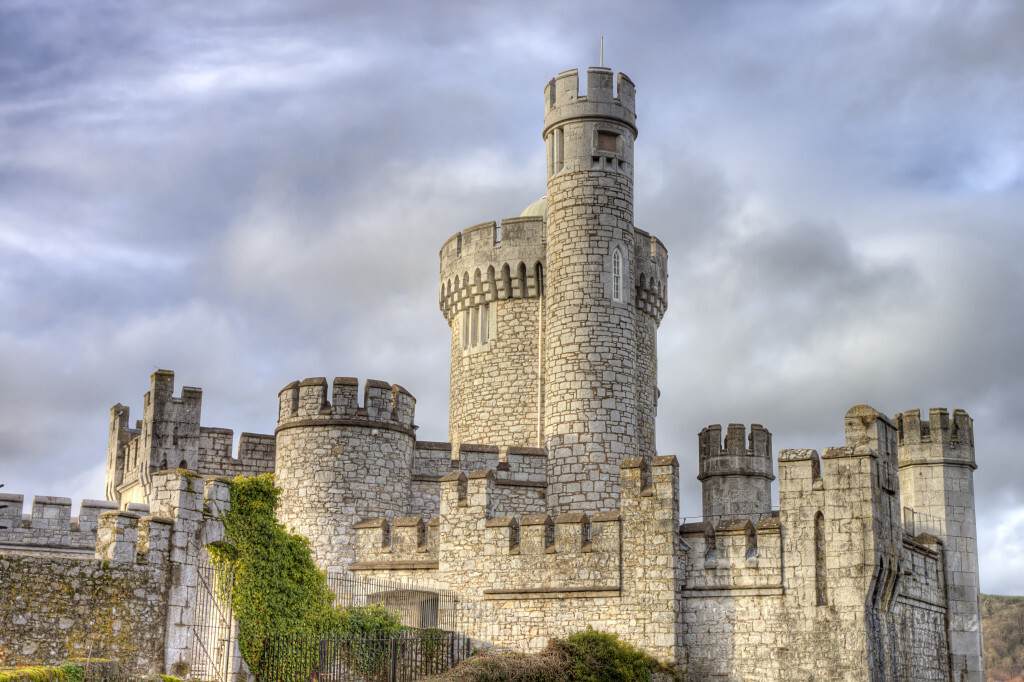 The Middle Ages, as strange as it sounds, is where the business model of franchising started to appear.

The Middle Ages weren’t a fabulous time to be a human. There were hundreds of famines—especially in Europe, a continent that lost a third (or more) of its population to The Black Death plague. Violent uprisings were often staged by working-class folks who didn’t feel they were getting paid fair wages. And adding to the general discontent of the time period were serious religious conflicts.

But, at least one positive thing occurred amid all the suffering that was taking place on a daily basis: franchising.

In those days, some of the local governments granted high church officials (and others considered to be important) a license to maintain order and assess taxes. Medieval courts (or lords) gave these individuals the right to hold markets and perform business-related activities. These first franchisees paid a royalty to the lords in exchange for, among other things, “protection” that was essentially considered to be a monopoly on commercial ventures. Over time, the regulations that governed these first franchisees became a part of European Common Law.

The next time period in which the concept of franchising started to take hold was the Colonial period. This period is a personal favorite of mine, because it involved what were called “Franchise Kings”. The local sovereign/lord would authorize individuals to hold markets, run local ferries, hold fairs, or to even hunt on his land. This concept extended to the Kings, who would grant a franchise for different types of business activities. European monarchs (who were technically close enough to being Kings themselves) even bestowed franchises upon local citizens who agreed to take on the risk of establishing colonies. Once a colony was created, the founder was able to gain the protection of the “Crown” in exchange for taxes or royalties.

During the 1840’s, there was a beer brewer in Germany who granted certain rights to several local taverns to sell their beer. What’s interesting about this is the fact that the tavern owners had to use the beer brewer’s trade name. That name: SPATEN. The tavern owners were franchisees of sorts, because they had to pay for the right to use the trade name (a.k.a., the brand name). And, isn’t a brand name one of the more popular reasons that people buy franchises today?

By the way, the SPATEN trade name still exists today. 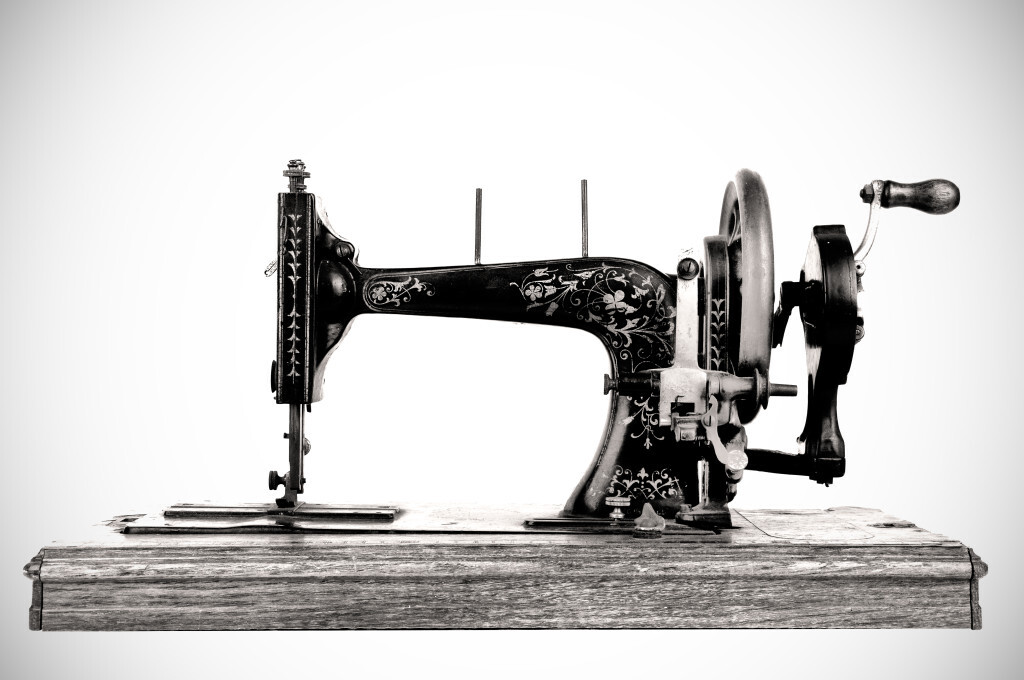 The modern franchise business model can be traced back to Mr. Isaac Merrit Singer, an entrepreneur of the highest order.

Isaac Singer was the founder of I.M. Singer & Company. He was the first person to patent a practical, widely-used sewing machine. Sewing machines started to appear on the scene in the mid-1800’s—but not like the one Singer manufactured. Singer’s sewing machines could sew 900 stitches per minute, a lot more than any other sewing machines in existence at the time.

Because everything was stitched together by hand in the mid-1880s, a faster sewing machine was a really big deal. The women who did the sewing worked incredibly long hours, in clothing factories that weren’t very nice places to work. Housewives had to do a good amount of sewing too if their families could even afford a sewing machine.

At $120 each, Singer sewing machines were out of reach for most Americans. But one of Singer’s partners fixed that. He came up with what would turn out to be the first-ever installment plan. That’s right—every day people could purchase Singer’s sewing machines and pay for it in installments. With this plan in place, Singer was able to sell a lot more machines. He just needed a better distribution method. And being the entrepreneur that he was, he figured out just how to do it.

Singer and his partners would find businesspeople who were interested in owning the rights to sell Singer’s sewing machines in specific geographical areas. Once they found parties that wanted to become licensees, they would charge them an up-front fee—a licensing fee, for the right to sell the machines. In addition, Singer required licensees to teach consumers how to use the machines that they had just purchased. This arrangement was a win-win. The partners now had money coming in from the licensing fees which enabled them to fund more manufacturing. The licensees had businesses of their own and were selling a product that most households wanted.

The Turn of the Century 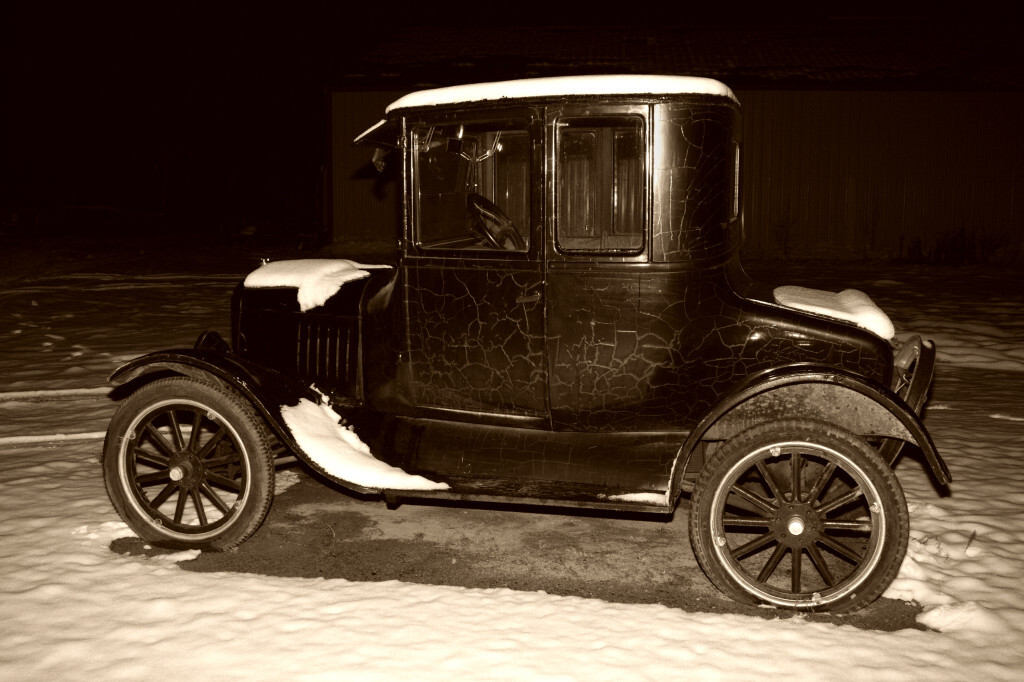 The creation—and ultimately, the mass-production—of automobiles changed everything in America. There was finally a way for people to get from location to location quickly… or at least faster than with a horse and buggy.

The entrepreneurs who were producing automobiles must have known that they had a life-changing product in their hands. Right?

As more and more consumers were becoming interested in automobiles, and interested in purchasing them, Henry Ford, who had just pioneered mass production by way of the assembly line, needed to find a good way to distribute the product.

Believe it or not, for a time automobiles were sold through mail-order catalogs! Some were even sold by salesmen who traveled around the USA trying to find buyers. Those two distribution methods weren’t cutting it, so Ford and other automobile manufacturers worked on other ways to distribute their product.

One of those new distribution methods was the automobile dealership.

The second businessman to get involved was H.O. Kohller. He opened the first automobile dealership in Pennsylvania. He sold Winton automobiles.

Lots of automobiles were sold by automobile franchises. More roads became paved. Americans were able to travel longer distances in a shorter amount of time. But, these new machines, these automobiles, needed gasoline to run.

The oil companies started opening gasoline service stations to keep all of the automobiles fueled. Some of them became franchises. Some of them, like Chevron, still are.

Another form of energy was needed for this growing legion of automobile drivers—food. As the years went by, restaurants (independent ones at first) started popping up all over the place… especially near all of the freshly-paved roads. Eventually, food franchises starting opening. 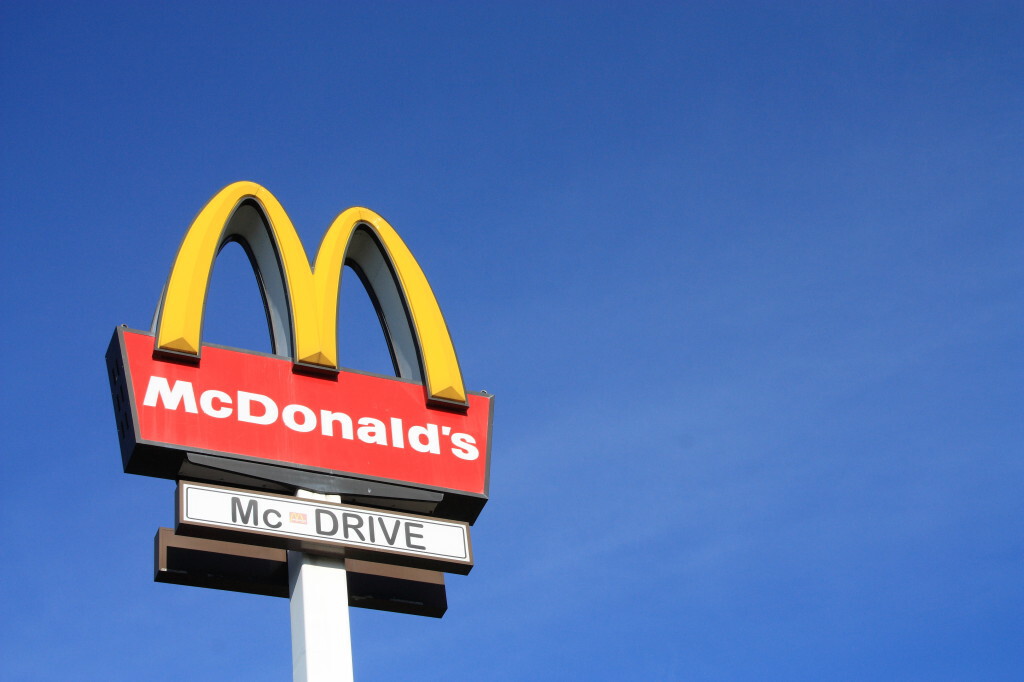 Raymond Albert Kroc is my personal franchise hero. If it wasn’t for Ray Kroc, franchising may not have become what it is today. And McDonald’s restaurants, which have been dotting the landscape near exit ramps of every major freeway since the 1960s, wouldn’t be in existence.

Born in 1902, Ray Kroc was a sales guy with an incredible vision. He started out selling milkshake-mixing equipment. He believed in the product (the Multi-Mixer) so much, he mortgaged his home to become a distributor of this machine which could make five milkshakes at the same time. Kroc traveled all over the country selling Multi-Mixers to people in the food industry.

During his travels, Kroc had heard about two brothers from California named Dick and Mac McDonald. They owned a busy hamburger stand and were using eight of Kroc’s milkshake-mixing machines—simultaneously. He decided to take a drive out to California to see how they did it. What he observed there was an assembly line-like system. The McDonald brothers appeared to have this procedure of theirs down to a science, and Kroc was impressed.

Kroc had quite an epiphany after seeing the McDonald brothers’ restaurant. He envisioned restaurants like theirs opening and operating all over the country. Coincidentally, the McDonald brothers happened to be looking for a “franchising agent” to sell franchises across the country—and as someone who’d been a salesman for the past 30 years, Ray Kroc was the right guy for the job.

Kroc cemented a deal to be the McDonald brothers’ exclusive agent and started selling franchises. At the same time, he also opened the first duplicate of the McDonald brothers’ California restaurant in Des Plains, Illinois. Ray saw something big in the making and tried to convince the brothers that they should start thinking bigger also. A few years later, the three owned multiple restaurants. However, Kroc was the one that wanted to build the eateries into a true “empire”. He recognized that it was the perfect time to introduce a chain restaurant like theirs, as automobile travel was becoming increasingly popular and freeways were beginning to appear in more and more places.

Kroc ended up buying out the McDonald brothers for $2.7 million after learning that they weren’t as motivated as he was in building a restaurant empire.

By 1963, McDonald’s had 500 restaurants up and running. Today, there are approximately 34,000 McDonald’s restaurants open. 80 percent of them are franchises. 1.8 million people are employed by McDonald’s in 118 different countries. I’d say that Kroc succeeded in building an empire.

Issac Singer and his partners were able to find an easier way for consumers to buy their product. The Singer Sewing Machine installment plan made it possible for Singer to ramp up production of his sewing machines; he just needed an efficient distribution system. He developed one, and his licensing system was a precursor to franchising as we know it today.

Henry Ford played a part in the actual design of the franchise model. Once he was able to get mass production down to a science, he knew (like Singer) that he had to hone in on the distribution side of the business, too.  He did so by creating a franchise (dealer) network all across the country.

Ray Kroc’s contributions to franchising have to do with uniformity and cleanliness. A McDonald’s franchise located in Beaufort, South Carolina will have basically the same menu items and will probably be as clean as a McDonald’s franchise located in Portland, Oregon. In addition, the restaurants he built near freeway exit ramps were quickly followed by other businesses—some of the franchises, like hotels and motels that cater to people traveling by automobile. It was a domino effect.

As Kroc once said, “The two most important requirements for major success are: first, being in the right place at the right time, and second, doing something about it.”

Ray Kroc, Henry Ford, and Isaac Singer were in the right place at the right time and did something about it. And more.

The Franchise King, Joel Libava, is the author of Become a Franchise Owner! The Start-Up Guide To Lowering Risk, Making Money, And Owning What You Do. John Wiley & Sons, Publisher. Joel’s on Twitter a lot. Follow him @FranchiseKing.