How to Create a Tagline

Along with effectively creating a branding campaign for the industry and lifestyle of the target audience, companies and organizations oftentimes choose to add a tagline, or motto to describe or create a feeling surrounding their product.

Almost anyone can come up with several of these off the top of their head. From “I’m lovin’ it” to “Just do it” we are constantly hearing and seeing complimentary catch phrases to further a company’s brand. 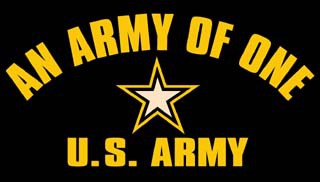 One organization that has done an outstanding job of using a tagline is the US Army and their “Army of One” campaign.

Let’s take a look at some keys to creating a great tagline:

1. Taglines should be simple and concise

A tag can’t be too long or complicated. If they become too long or complex they run the risk of overshadowing the actual visual identity of your brand, or becoming white noise and thus lost space in the design.

Generally a tagline should be less than 5 short words, however, 3 is even better.

“Army of One,” “Just Do It” and “I’m Lovin’ It” all exist as statements. There is enough mass and sentence structure to push an idea. Each one provides a noun, verb and direct object but is concise enough to engage the audience and simple enough for them to remember.

2. Taglines must be descriptive

A misnomer regarding a tagline is that it should in some way describe the product itself. The truth, however, is that a tagline is most effective when it describes the target audience’s interaction with the product or organization it represents.

In marketing, the simple matter of it is that it’s not enough to get people to like your product, you want them to buy it. By using descriptive words regarding the product, you have the opportunity to move the target audience into a position of interaction with the product, and you frame that interaction. “I’m lovin’ it” is a perfect example of this.

At Palo Alto Software, the company I work for, we’ve played with two taglines. First, “The Planning People.” While good, this doesn’t exactly talk about how we interact with our customers and the value we bring to them. More recently, we’ve focused our tagline on what we’re passionate about: “Helping you succeed in business.” We want to be interact with our customer and are passion aligns with your goals.

3. Taglines should point back to the company identity

4. The tagline must also be evocative and in tune with Social Psychology

A company tagline invites the target audience into participation with the company identification. “Army of One” invites the post-modern young adult into what they are most interested in: a community of individuals. This brings up another very important point regarding taglines: they must take into account the demographic they are intending to reach. The US Army marketing team understands the young adult’s (their target audience, no doubt) cultural mindset and plays on their social psychology to engage them. Many older adults do not understand the “Army of One” campaign, because it does not speak to their cultural mindset. However, the Army speaks directly to the generation they are most interested in reaching, using language that resonates with them and in so refines their marketing energies.

There are many other important aspects when deciding on a tagline, but these four are essential.

Create a Marketing Kit for your Business

Where making money equals selling out.

Create or Update Your Logo: Day 3 of the Big Brand Challenge

Create a Marketing Kit for your Business

Where making money equals selling out.