Think Big, Start Small: The Story of a Startup

A couple of weeks ago, when I interviewed Tim Richards, ReefCam’s CEO, I had no notion of where our conversation might go. I was simply interested in the business because it was different, because it was young, and because it has the potential to do real good.

Since then, I have come to believe that ReefCam is a great company for aspiring entrepreneurs to look to and to learn from.

If you want to start your own business and make a difference in the world, read on. 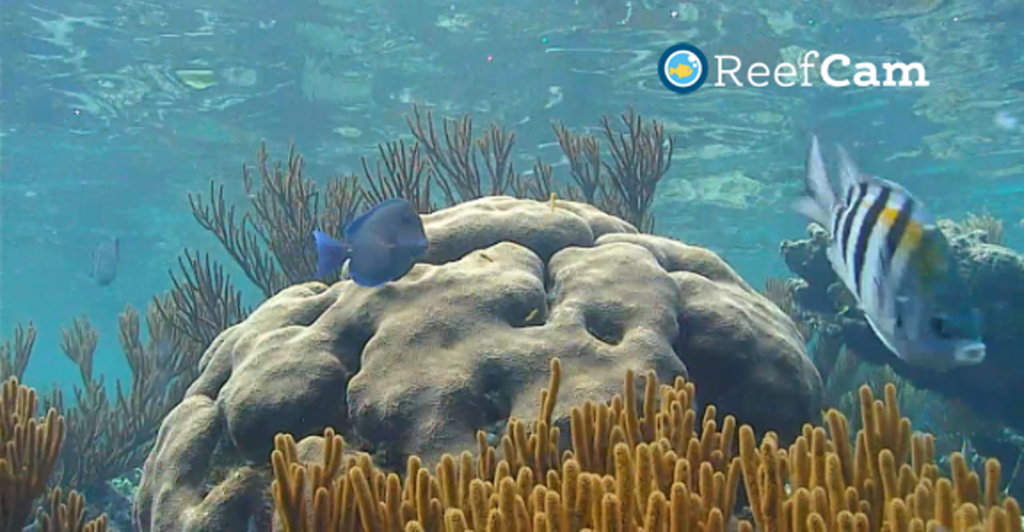 A snapshot from one of the Cayman Island cameras. Can you picture this on your TV?

The concept is surprisingly simple: for a small subscription fee, ReefCam brings the ocean, and more specifically, some of the world’s most famous coral reefs, into your own home. By subscribing to their service, you will be able to stream live video from one of their own underwater cameras or from a partner’s camera—use it to impress visitors, as a soothing backdrop in a waiting room, or in an office as you work. And, if you’re on the go, there’s even a phone app that you can download and use to tune in to the natural world.

[pullquote]“ReefCam gives you a diver’s view of the ocean in real time without requiring you to leave your seat.”[/pullquote]

ReefCam also donates 25 percent of all proceeds to marine conservation and research. So far they have been featured on National Geographic, the Washington Post, and Speak up for Blue.

At present, the company streams from cameras in six locations. Tim says, “we broadcast a mix of our own cameras and those of partners to help promote their causes and organizations. ”

A business with simple origins but big plans

According to Tim, ReefCam began with a simple desire in mind: to give people access to beautiful places, places they might otherwise never see.

Tim and his team of technically-minded co-founders began with just a grant and the advisory help of the MBA faculty at American University.

Tim tells me that before joining the MBA program, he had no experience owning or running a business. The program was an opportunity learn, but also to get to know people and teachers. And, it was these connections and the discussions with the professors that were so inspiring, they encouraged him to get started.

“It’s like being part of an incubator program,” Tim says of the Kogod Business School, “It’s such a neat thing to be able to learn hands on.”

It’s clear from speaking with Tim that his drive and his interest in every facet of running a business, along with a passion for the environmental sciences, have contributed to and had a huge impact on the company’s success. Not to mention the fact that Tim’s three co-founders, David Bidwell, John Monterubio, and Alex Zajac, all share similar interests in business and the environment. You just can’t fake the enthusiasm and the interest. 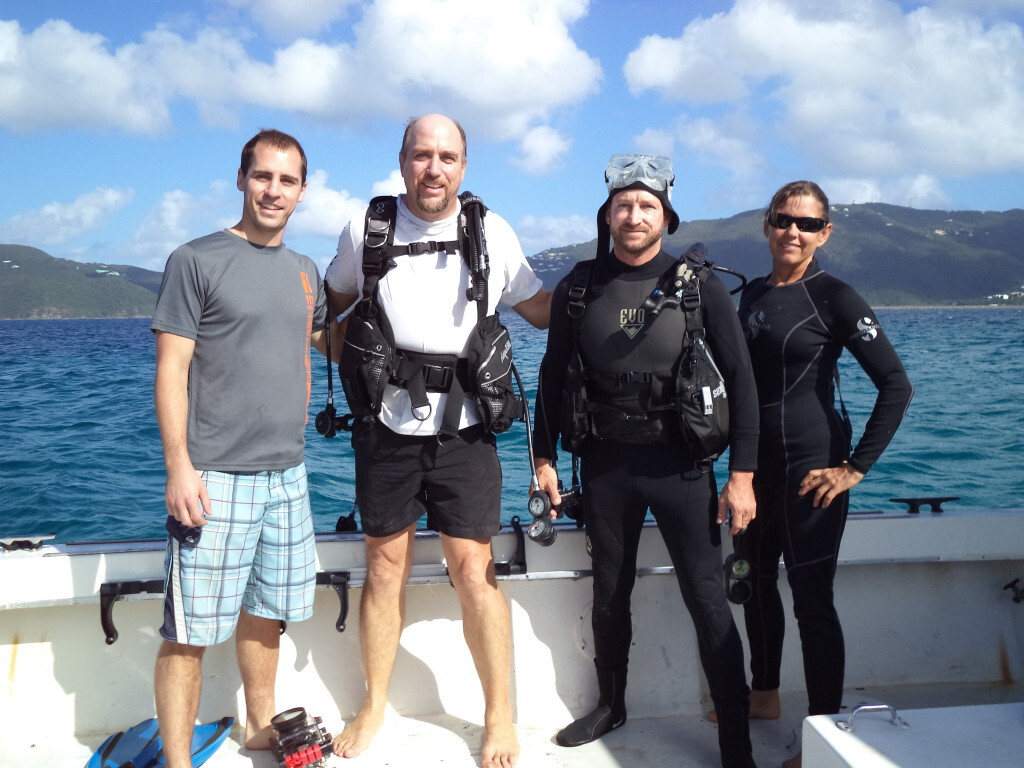 Pictured here, Tim with a mix of ReefCam and University of the Virgin Islands personnel

While the company began with a MVP, or minimum viable product—a single camera in the ocean—it has grown into a business with the potential to become a media company.

Although there are just six cameras in operation at present, the ReefCam team is working hard to bring on more and to improve the experience as they go. Tim talks to me about additional cameras they’re implementing in the Great Barrier Reef, another in association with Cornell, and still more that are set to operate in other parts of the world.

For me, the only things that could make their product better are the actual sounds of the ocean, more cameras in more locations and more data on how the oceans are changing over time as a result of human activities on the environment. Who knows—perhaps that’s already in the works.

It’s clear the company is only just getting started, but with so much room to grow and have an impact on the way we think about the ocean and the life within it, I’ve no doubt the team is set to do great things.

What aspiring entrepreneurs can learn from ReefCam

1. Begin with the simplest form of your product

In business, this is known as the MVP or “Minimum Viable Product.” It’s an approach that is advocated today as part of the Lean Startup Methodology.

The idea is to start first with a problem that needs to be solved. In ReefCam’s case, this is raising awareness of the importance of coral reefs—home to one quarter of the ocean’s biodiversity (more more information on this topic read ReefCam’s Coral 101 crash course).

When the problem has been identified, a minimum viable product can be developed. The MVP is the most rudimentary form of the product that will solve the problem. For ReefCam, this is paid access to a live feed from one of their cameras situated in a coral reef. Of the proceeds, ReefCam donates a percentage to marine conservation, research and education. This is the simplest form of the product.

After the MVP has been developed, the testing and learning process can begin. Already ReefCam is doing this, launching new camera feeds in other parts of the world, offering research institutions and companies a chance to work with them to have their own cameras installed, offering an opportunity to add business branding to live feeds and more, all the while listening to their subscribers and their partners.

As they grow, they will continue to test and adapt, exemplifying the lean startup methodology and the utility of beginning with a MVP rather than something which has taken years to flesh-out and which could just as easily amount to nothing, meaning years of lost time, money, and knowledge earned from adapting based on feedback.

For startups, beginning with an MVP is particularly important. Tim says, “It took us a few months to realize the product we thought we were “perfecting” before it reached market was still really just an MVP that needed consumer feedback. That’s big for startups (especially self-critical entrepreneurs, as many of us tend to be) to own up to from the outset.”

Have a quick review of ReefCam’s mission and you may get an idea of future products or services they could offer.

2. Start in an industry that you either know or that you are passionate about

For ReefCam’s CEO, conservation is at the heart of everything he does. There’s really no doubt about this when you review Tim’s background in geography and his subsequent work with environmental organizations.

Likewise, Tim’s team of co-founders all have interests in business, technology and the environment—a perfect fit for a company that is at once learning to run a business, and that needs technically-minded staff to oversee camera installations, to work with professional researchers, and to develop the online technology needed to transform ReefCam into an international media brand. 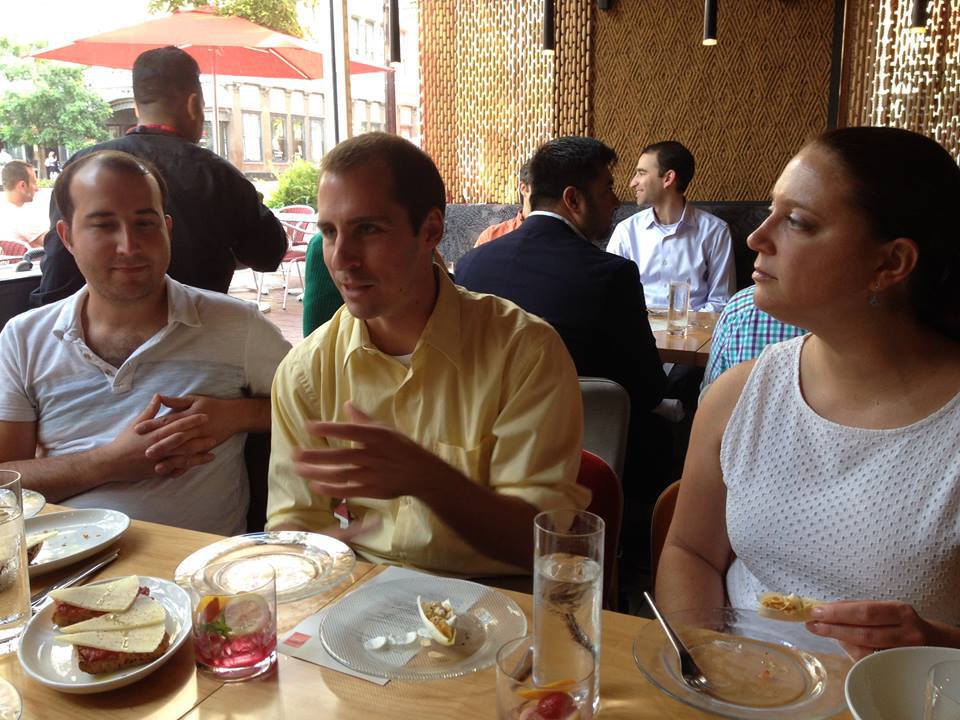 Angel investor Boris Wertz believes that if a founder has years of experience in an industry, or if they are passionate about something, they may have what he refers to as “the secret of the market.” And, it’s this very secret that is discovered by spending time mulling things over and pursuing your own interests or passions.

Plus, if you’re going to work on something for years to come and have it be a huge part of your every waking hour, why not focus on something you enjoy and believe in?

3. Don’t stop evolving and be open-minded about new opportunities

[pullquote]“We didn’t do everything right. We made a lot of mistakes, but we learned.”[/pullquote]

Perhaps this is most obvious when you see that of the six cameras ReefCam currently operates either themselves or in partnership with organizations or research institutions, two are in non-marine settings—the rainforest and the International Space Station. That said, this does not necessarily mean the company is straying from their mission of marine conservation and education—after all a percentage of proceeds from subscriptions still go toward this cause. Rather, the company is diversifying and testing, perhaps taking up on new opportunities, running with them, reviewing responses, and then adapting.

Tim tells me, “Our goal is to stay true to our mission and to promote conservation, while taking our partners into consideration. While we are expanding, coral reefs are still a cornerstone of our business, which was built with the aim of protecting them in mind. So far, feedback has been overwhelmingly positive.” 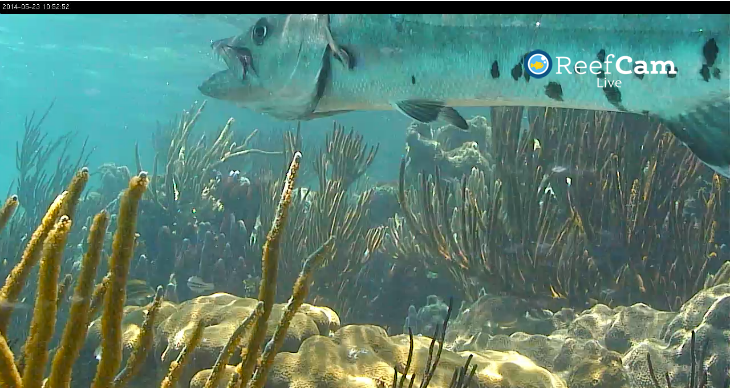 A barracuda swims by one of the Cayman Island cameras.

Where do you go from here?

Today, small businesses and internet startups are popping up everywhere. While this is encouraging for those of us looking to become entrepreneurs, it also means we have a responsibility to start companies that go beyond being a “fad,” but that seek to advance our understanding of the world, that fix problems we have created and that help others.

When I come across businesses that have the potential to positively impact our planet and to change the way humans view the world, or to encourage us to take action for causes previously unconsidered, I am intrigued.

I believe ReefCam is one of these businesses. And I believe it has the potential to make an impact on the world.

You have that same potential and it’s up to you to put it to good use.

As you look to start your own business, you may wish to keep the following in mind:

What do you think?

Do we have a social responsibility to start companies that improve lives and that conserve the environment?

What do you think about the work ReefCam is doing? Is this a service you’d subscribe to? How could it be improved?

Share your thoughts with us in the comments below.

How to Start a Wildly Successful Subscription Food Business From Your Kitchen: The Story of Picky Bars

The Candy Queen Store: A Story of Struggle and Perseverance for Entrepreneurs

How to Start a Wildly Successful Subscription Food Business From Your Kitchen: The Story of Picky Bars