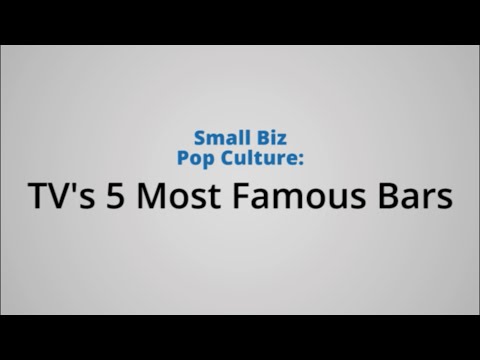 I recently posted a question to the Small Business subreddit asking, “What are some of TV’s most famous small businesses?” The group offered up some great ones, like the junkyard from Sanford and Sons, Dunder Mifflin Paper Co. from The Office, or Central Perk from Friends. The conversation inspired me to start putting together some lists.

You may have already noticed, but Bplans.com has over 500 free sample business plans available online. Over time we’ve been able to see which industries are the most frequently searched-for on our site. So, I thought, “Why not combine these?” I’ll take a frequently searched business category from our website, and show what I think are the most famous examples of those businesses from movies, television, or books: Small Biz Pop Culture.

One quick caveat: this is a list I created, so it is bound to be subjective. If you think there’s a more famous example that I didn’t include, tell me in the comments.

Featured in seven out of ten seasons of Grey’s Anatomy, and in one season of the spin-off show, Private Practice, the Emerald City Bar is the go-to place for the Grey’s Anatomy characters to blow off steam and grab a drink.

From a business perspective, a bar right across the street from a hospital makes for a great opportunity to reach a regular customer base, but owning a bar in downtown Seattle is not cheap. According to BizBuySell.com, you won’t be able to buy one for less than $300,000. Even so, with a regular stream of highly paid neurosurgeons coming through your doors, you may be able to charge more for that Jack and Coke.

If you want a futuristic atmosphere, look no further than space: the final frontier. Ten Forward is the bar/lounge hurtling through deep space aboard the starship Enterprise.

After a long day of exploration and intergalactic diplomacy, the crew (led by Captain Jean-Luc Picard, played by Sir Patrick Stewart), can head down to the bar on Deck 10 and kick their feet up. Whether they’re retelling battle stories or debating the finer points of the Prime Directive, Ten Forward is a great place for the crew to develop camaraderie and boost morale during their long voyages. And of course, it’s given us this gem of a TV moment: 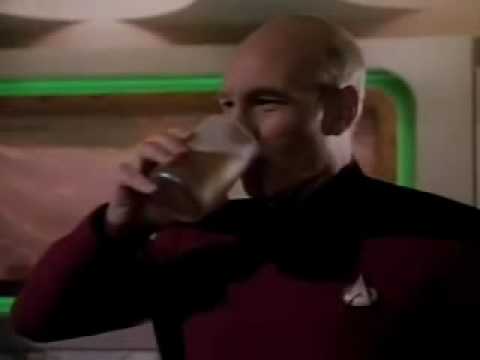 3. MacLaren’s – How I Met Your Mother

“Kids, let me tell you the story…” of MacLaren’s bar, the regular watering hole for Ted, Robin, Marshall, Lily, and Barney in How I Met Your Mother. The bar is owned by Carl MacLaren, and located below Ted’s apartment. Throughout all nine seasons of the show, MacLaren’s is a regular hangout spot for the gang to talk about their day (or be forced to hear about Barney’s latest conquest). In the final season of the show, it’s revealed that Carl MacLaren has plans to pass the ownership of the bar onto his son, making it a true family business.

Set in New York, MacLaren’s would not be a cheap family business to own. In 2009, New York Magazine calculated the “Bar-onomics” to run a profitable bar in the East Village. Their estimate? $200,000 in startup costs, and a required 18-month total gross income of $645,000 before turning a profit. It’s not clear how much the costs would differ on the Upper West Side of New York, where MacLaren’s is located, but it’s safe to say that it wouldn’t be cheap there either. Still, it’d be hard to imagine How I Met Your Mother without MacLaren’s, so I won’t think too hard about whether the bar could stay afloat.

Moe Szyslak is the owner of Moe’s Tavern, in the fictional town of Springfield in the animated series, The Simpsons. The series is moving into its 26th season, and Moe’s Tavern has been around since the very first episode, which aired on December 17, 1989. Moe’s is a second home to Homer Simpson, and is a mainstay for Springfield’s working class patrons like Carl, Lenny, and Sam. The bar’s most regular customer is the town drunk, Barney, and Moe’s is also a recurring target of Bart Simpson’s prank phone calls.

For over two decades, Moe’s Tavern has gone through various name changes and redesigns as Moe attempted to make his business more profitable. There was Uncle Moe’s Family Feed-Bag, Mo’s, M, Flaming Moe’s, and even Moe’s Pet Shop. Yet, after all these years the bar has remained relatively unchanged, from the darkly lit interior to the same guys occupying the barstools. There’s something comforting about that.

Despite being a regular fixture in TV pop culture for the last 26 years, I still don’t think Moe’s Tavern is TV’s most famous bar. That’s a designation reserved only for…

Running for 11 seasons (1982-1993), Cheers certainly isn’t the longest running TV show on this list. However, its cultural impact remains unmatched. Both The Simpsons and How I Met Your Mother have paid homage to Cheers, and the theme song, “Where Everybody Knows Your Name” runs deep within the collective consciousness of American culture.

In the show, the bar is owned by former Red Sox relief pitcher, Sam Malone. Cheers is a melting pot of upper and lower class characters, from U.S. postman Cliff Claven and accountant Norm Peterson to the psychiatrist Frasier Crane (who later got his own 11-season spin-off TV show). The show launched the careers of Ted Danson, Kirstie Alley, and Woody Harrelson. It was also a critical success with over 100 Emmy nominations and 28 wins. The 1993 series finale brought in over 80 million viewers, making it the second highest viewed series finale in TV history. There’s no doubt in my mind that Cheers is the single most famous TV bar.

Have you ever thought about opening a bar? Would it be a Bar and Tavern like Moe’s or Cheers, an Irish Pub like MacLaren’s, or something else entirely? While you’re here, take a look at our Bar and Night Club Sample Business Plans to find the one you’re looking for—you can even download it for free.

Do you think there’s another TV Bar I should have added to this list? What business category should I highlight next? Post a comment and let me know!