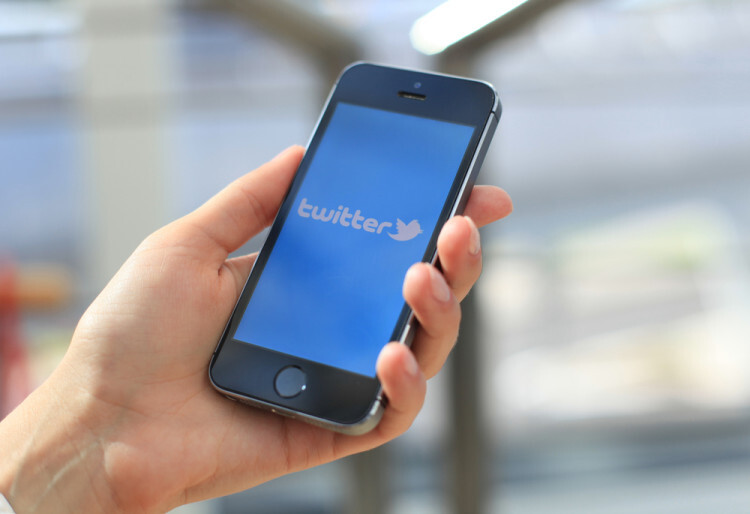 It can be an expensive hassle to travel long distances to trade shows, weighed down by boxes of promotional brochures, swag, and branded signage.

But spending the time, money, and schlepping power on industry conferences can have a huge positive impact on your brand. According to the Trade Show News Network:

So it’s worth going, but how do you maximize the return on your investment once you get to the event?

One of the best trade show hacks is to take advantage of social media—specifically Twitter.

By using Twitter, you can rapidly network with other conference-goers, maximize your brand’s exposure, and make sure you’re not missing out on any potential opportunities.

Using these tactics, we’ve had clients placed in Wired, the New Yorker, Entrepreneur, and a handful of other publications—and there’s no reason why you can’t do the same!

Want to make sure you’re not missing a beat using Twitter at your next trade show? Follow the steps below and your Twitter game will be on point.

Before you start promoting for your next conference, spend time with your team determining what success will look like and choosing metrics to track team performance.

These metrics will be different for every team, but you should follow this rule—only choose metrics that can be objectively measured and analyzed after the conference.

Once you know which goals you want to track, set up a collaborative spreadsheet on Google Docs so your team can update it in real time at the conference.

See Also: How to Grow Your Business by Setting Goals

Ask the event organizers for a media and attendee list—many attendees and journalists will provide their Twitter handles for easy communication. You should also ask for any official Twitter accounts and hashtags that the conference organizers will be using.

Twitter allows for fast, on-the-spot interaction and gives you the opportunity to share any fun conversations, pictures of industry leaders and friends at your booth, and anything else of interest with journalists and peers attending the conference.

Once you have a comprehensive list of those who will be attending, create a few Twitter lists, targeting presenters, networking opportunities, competitors, and so on (note that some of these lists should be private, like that last one).

When you’re at the conference, you can monitor these lists to stay on top of what’s happening and where journalists and competitors are spending their time.

You should also introduce your team to Hootsuite so everyone can help to execute your social plan. Hootsuite allows you to schedule tweets in advance and gives multiple people access to your company’s Twitter account.

Make sure to schedule some tweets reminding attendees to visit your booth, and include your booth number.

When you arrive at the event, it’s easy to get off track with booth set-up and the other necessities of marketing your business at trade shows. Remember to tweet regularly—there’s no such thing as too much—using the event’s hashtags.

It’s also a good rule to take more pictures than you think you could possibly need because photos get more engagement than text on every social channel. When you take a great photo, share it across your other social channels, but don’t feel the need to share every picture in real time.

One quick side note about taking conference photos: It’s a really good idea to invest not only in good signage, but also in a step and repeat banner. 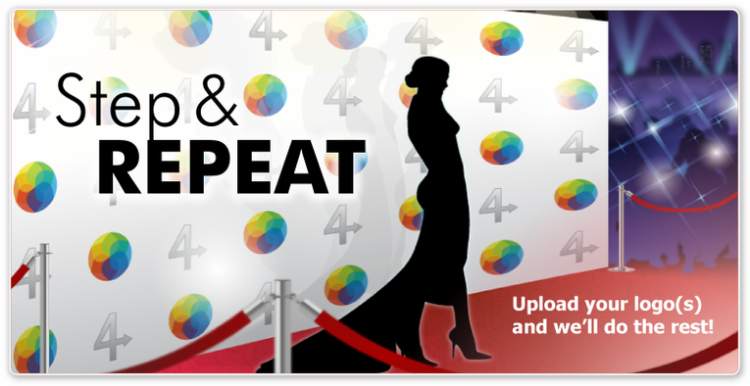 Step and repeat banners are those large backdrops you often see at conferences, trade shows, and award ceremonies that are branded with company logos. Getting important people in your industry in front of your branded step and repeat banner will make your business look that much more professional (and, dare I say it, hip!) in your Twitter photos.

One issue you may run into with event-based tweeting is that while you’re handing out items from your press kit, rubbing elbows with industry heavyweights and networking like a boss, it can be easy to tweet the wrong thing, or to let a few grammatical errors and typos slip.

Make sure your team either at the booth or at the office is keeping track of your Twitter stream to give your posts a second set of eyes and catch any mistakes. This will keep you focused on the here and now without sacrificing tweet quality.

Analyze your tweets after the trade show

Once the conference ends, go back and send a thank you to everyone you interacted with on Twitter and other social channels.

When reviewing your tweets, note any content that got good engagement; you can re-share those pictures and quotes on your other social channels over the next few weeks.

Review your metrics spreadsheet with your team and see how you did. After you get a performance benchmark on the metrics you care about from your first event, you can gauge your improvement for any future conferences.

More than anything, keep the conversation going once the event is over. You’ll see the same attendees and journalists over and over again at future shows—building those relationships will open up new opportunities right away and new possibilities for media placement and even bigger ROI in the future.

Don’t just stop at Twitter—there are many other ways to get more bang from your buck at conferences and trade shows, from creating a digital press kit to landing speaking gigs.

Nailing the Twitter component is just one important part of a fully realized tradeshow and conference strategy. While industry events can put a major dent in your budget, they can also do a ton of marketing and PR work for your business, provided you do it right.

14 Tips for Your First Trade Show

14 Tips for Your First Trade Show