What I Learned From My Appearance on Shark Tank

It’s not everyday that a television producer handpicks you to appear on ABC’s hit show “Shark Tank,” but that’s what happened to entrepreneur Kelly Costello.

Costello is the founder of Puppy Cake, a company that sells boxed cake mix for dogs. It’s a lot like the do-it-yourself Betty Crocker cake mix, except the ingredients are changed to fit a puppy’s diet. You mix it up, pop it in the oven, frost it, and serve it to your four-legged friend. 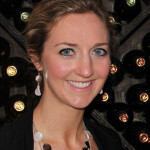 Kelly Costello, an entrepreneur who appeared on Shark Tank, shares her experience and offers business advice.

The Pittsburgh-based entrepreneur had to go through a lengthy application process, which included a written application, a video submission, and multiple rounds of phone interviews before being asked to audition in L.A. in person. After all of that, Costello found out she’d get the chance to pitch her idea to the five super-wealthy “sharks” on the show, in hopes of getting an investment and business connections.

As a guest on the third season of the show, Costello had her own dressing room, hair and makeup team, and golf-cart rides to and from the set. However, she didn’t let the glitz and glamor distract her from her purpose. She wanted a shark to give her $50,000 for a 25 percent stake in her company. After watching reruns of the show, she felt prepared to answer any questions the sharks had.

“Talking to the sharks was not nearly as frightening as I thought it would be,” Costello says. “It’s not a big set and I wasn’t able to clearly see the director, producers, and film crew. I felt like I was just talking to five intelligent and experienced entrepreneurs about why they should invest in me.”

The potential investors did ask some tough questions, wondering why her sales were only hovering around $23,000 for the year. She admitted she wasn’t much of a saleswoman and was looking for sales help as well as an investment.

In the end, while she didn’t get an investment from the sharks, Costello says she took away three big lessons:

You need strong sales to get an investment

Costello didn’t have the sales that the sharks wanted to see. After the show, she realized that even a great business idea isn’t worth an investment if there aren’t sales to back it up.

“I think most entrepreneurs start their companies with their hearts, but only successful ones are run with your head,” she explains. “I went onto the show thinking that my passion and unique products would be all the sharks needed and neglected to spend time on the cold hard facts of my company’s current and potential profits.”

Taking a chance is worth it

Costello took a chance when she applied to be on the show. She knew the application process was lengthy and there was no guarantee that she’d get selected out of the huge pool of applicants.

This season, “Shark Tank” producers received 35,000 applications. Of those, it’s estimated that 112 will actually make it to air.

With odds like that, it’s no wonder Costello thought twice about going through with the process, but she says it was worth it.

“There were times when I thought, ‘Why do all of this? There are so many people that I’m competing against.’ But I told myself that I was the right person for the show and it didn’t matter how many applicants there were,” she says. “In the end, I made it on the show, but the point is that if you never put your name in the hat you’ll never get chosen.”

A cheerleading section is important

Costello didn’t get an investment from the sharks, but her appearance on the show brought in hundreds of well wishes from people all over the U.S.

“The fans of the show boosted my confidence and affirmed my business,” she says. “It made me strive to make my business better.”

Of course, you don’t need to go on national television to get support, Costello says. Join your local chamber of commerce, find a business mentor, or sign up for an online entrepreneurial support group.

Even without an investment from the sharks, Costello says she got some great exposure and has improved her business for the better.

Interested in following in Costello’s footsteps? Here’s the application to try out for “Shark Tank.”

Do you think your business would survive the sharks? Tell us why—or why not—in the comments section below.

Did you know this article is part of our Bplans Pitch Guide? Everything you need to know about creating your pitch, all in one place.