What Should All Entrepreneurs Know Before Starting Their Very First Business?

Let’s be honest, there’s no ‘one size fits all’ answer to this question. What someone going into an aircraft business needs to know is entirely different to what someone starting a restaurant needs to know. That said, we’re talking about more than industry-specific knowledge. We’re talking about lessons that hundreds of entrepreneurs had to learn before achieving success. Rather than let you figure it out as you go, or scour the internet looking for answers, we’ve turned to the experts for a few words of wisdom. 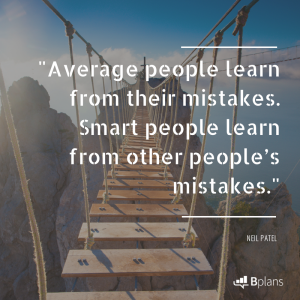 Neil Patel is the co-founder of Crazy Egg, Hello Bar and KISSmetrics. In a long list of the 15 things, Neil Patel wished he knew before starting up, learning from other people’s mistakes is number fourteen. It’s a good way to begin this post.

Neil’s advice? Get a mentor – someone older, wiser and more experienced. Learn all you can from the mistakes they made. Also, read about why businesses fail. There are so many founders and entrepreneurs that openly write about their own failures so learning from others is increasingly easy.

Failure is one of the best teachers – Sir James Dyson 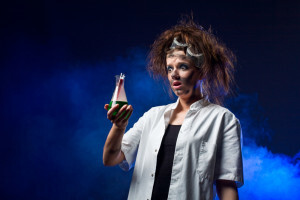 Except if it involves hazardous chemicals…

Sir James Dyson is a British inventor, best known for founding the Dyson company and for creating the Dual Cyclone bagless vacuum cleaner. Before he hit upon the right design, Dyson created 5,126 prototypes.

“But I learned from each [failure]… That’s how I came up with a solution. So I don’t mind failure. I’ve always thought that schoolchildren should be marked by the number of failures they’ve had. The child who tries strange things and experiences lots of failures to get there is probably more creative.” – from an interview with Fast Company

Today, Dyson has a net worth of over £3 billion. Maybe failure IS an option?

Listen to your customers – Noah Parsons 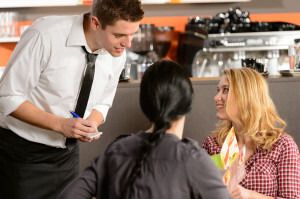 Starting a business isn’t just about picking an audience and targeting their desires, fears and weaknesses. It’s also about providing a solution to a problem, adapting when something isn’t working and listening to existing customers. In fact, customers are a core part of the success of any business. Not too long ago, Noah Parsons, the COO of Palo Alto Software, wrote about a restaurant business that had failed. The restaurant was located on the first floor of the building in which the company works and the closure, which happened seemingly overnight, served as an important lesson for all businesses.

Noah noted that while the restaurant had ample potential to succeed – they provided a solution to a problem that had a target market – they failed in one major area: they forgot that their customers were at the very center of their business. Even though Palo Alto Software (PAS) shared the same building with them, the restaurant employees made no attempt to build any sort of rapport with the company. As a result, the PAS staff felt as though they weren’t welcome and eventually stopped going. For the restaurant this meant lost business and a lost opportunity to learn about what was or wasn’t working.

The great thing about having customers that are also friends is they will provide you with feedback and ideas, as well as reviews. This isn’t just a clever way to market your business, it’s a great way to learn. In fact, it’s a necessity. The customers that are friends will also be far more likely to give you honest feedback. Furthermore, when things aren’t going well, the best people to turn to are your customers. After all, who better to tell you how to serve their needs that the exact people you’re catering to?

Pursue your passions relentlessly – artists the world over 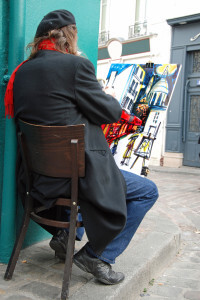 Even when the weather is miserable and you have no audience

Maybe the world doesn’t see your talent (yet) but if you feel it, if it fulfills you and if it consumes your every waking moment, you can probably find the right audience, figure out the right type of marketing, learn through failure or speak with the people who can help you turn your hobby into a business. Either way, not doing what you love, isn’t an option.

There are hundreds of artists who can attest to this including numerous authors who had their work rejected multiple times – Stephen King, J. K. Rowling, Dr. Seuss; actors that were told they would never succeed – Harrison Ford, Lucille Ball, Charlie Chaplin, Mariln Monroe; artists that only ‘made it’ after their death – Monet and Vincent Van Gogh; inventors and icons that failed for many years – Walt Disney, Ludwig van Beethoven, Mozart, Thomas Edison, Isaac Newton…the list is endless.

Most of these people only succeeded because they were committed to their work. They believed in themselves and they stuck their passions through despite negative feedback, failure and impoverished circumstances.

If there’s anything a soon-to-be entrepreneur can learn early on, it’s that you’ve got to be passionate about what you do and believe in yourself so that when you get told you are a failure, you don’t give up.

Listen to what your ego wants – Derek Lidow 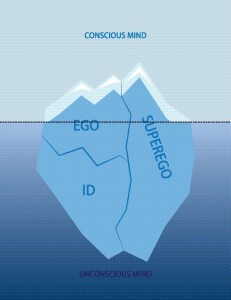 Bring your submerged motivations to light. If someone put a gun to your head and asked you what REALLY motivated you, chances are you’d be able to answer. Figure that out.

Derek Lidow teaches entrepreneurship, innovation and creativity at Princeton. He’s also the founder and former CEO of iSuppli Corporation. Through listening to entrepreneurs speak about why they started their companies, Derek has learned to peel back the layers to discover the true motives that drive these leaders. He argues that only by truly understanding how motives are related to primal fears and desires, will a person be able to reach their true potential, thereby enabling their company to in turn reach its own true potential.

“I personally could not have succeeded as an entrepreneur had I not realized, with the help of an executive coach, that I had a powerful motivation of “needing to be needed.” This unrealized motivation had led me to exhibit behaviors that made me a poor team player when others did not ask for my input and advice. Once I realized my core motivation it changed my life, driving me to be an entrepreneur in an area where my expertise and advice were highly regarded. At my startup, iSuppli, I created an organization structure that revolved around weekly status meetings and quarterly business reviews that allowed me to feel clued in and integral to every part of the business, without micromanaging or holding back our growth. This one insight was central in my creating a company whose valuation had topped $100 million when it was bought in 2010.” 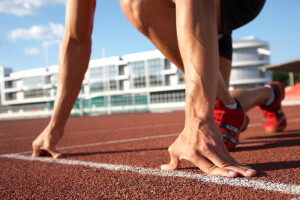 Oliver Emberton is the founder of Silktide, a successful British software company founded in 2001. If you want to start a business, just do it, Oliver says.

“Every single person – from my family to my closest friends – ultimately doubted that [Silktide] was a good idea. (Many started being supportive, and changed their minds when times got harder). If you feel compelled to do it, don’t let anyone stop you, and don’t expect anyone to support you either.”

It might be tough to begin with – Oliver only turned over £200 in profit in his first year of business – but the reward in the long-term is personal fulfillment and hopefully greater profits. Today, Silktide’s flagship product is Sitebeam, a tool that lets users test and report on websites. Prior to Sitebeam, for 10 years, Silktide was a web design agency. In 2011, Oliver again took a plunge and killed off half of their original business in order to focus on Sitebeam, one of Silktide’s products. Within one year, they experienced 3x the growth of their original web agency model.

If Oliver hadn’t taken the plunge the first time he might still be working for a video gaming company, being told not to aspire to greatness. And, if he hadn’t made the bold move the second time, his business might have continued to do only moderately well.

In fact, starting now and planning as you go is the exact approach that Tim Berry, founder and chairman of Palo Alto Software takes when it comes to advising others on starting a business: “if you’re thinking about it, then plan quickly and carefully…and do it.” This is counter-intuitive to how most people think about business planning. The idea that you’ve got to have a structured and set-in-stone plan before you get started is absolutely false. Rather, get started with your plan and adapt as you go.

Richard Branson is another example of an entrepreneur who got started before he felt ready. In fact, the name of the entire Virgin business empire is down to Branson and his partners feeling they were ‘virgins’ at doing business. Considering the number of businesses Branson has since started, it’s almost unimaginable to think he ever felt this way. In this mogul’s own wise words, “The best way of learning anything is by doing.” and the best way to do it? “Just do it.”

Are you inspired to start today and plan as you go? What else do you think a first-time entrepreneur should know before getting started? What would YOU like to know?